The term "Milieu Control" refers to the practice of controlling people by controlling the sources that they can read. In the video Thinker of Thoughts talks about how Scientology used milieu control to manipulate its adherents.

Industry pundits advocate use of encryption. Unfortunately the certificates broke the budget of most web sites. I attempted to maintain SSL certificates, however they actually cost more than the revenue I received from advertising.

It also takes a huge amount of time to update certificates.

I used the instructions on Digital Ocean to load a program called certbot. I then installed certificates on irivers.com, communitycolor.com, pcut.net and gjct.com. I also installed an SSL certificate on my blog site.
Posted by y-intercept at 9:17 AM No comments:

The world's population is 7.4 billion people.

To solve the world's problems we need to develop businesses that work at a human level.

I have thrown decades into developing strategies that can develop the small businesses that could play a positive role in helping people with their day to day lives.

Anyway, last year I developed a new business model that could help a large number of people earn some extra money by doing real stuff in the real world.

I joined the SteemIt platform because I thought it might be a jumping board into new business opportunities.

Anyway, the point of this message is to see if there is anyone out there interested in finding ways to make money doing interesting things.

If there are; then I would go into details of the business.
Posted by y-intercept at 10:22 PM No comments:

I've been playing on the site SteemIt.com. The site is interesting in that it has a built in mechanism for rewarding users of the site. I've made $14.00 on the site so far.

This is more than I've made on Twitter or Tumblr.

Of course the price of STEEM is dropping; so my $14 might just go up in a puff of steam.

Here is the announcement for the guide.

Posted by y-intercept at 3:14 PM No comments: 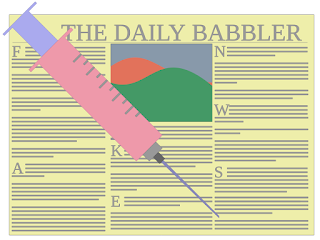 A podcast and steem

I decided to start blogging again. I just started a podcast using podbean and a Steem It account.

I am eager to see how the Steem payment system works. So, I decided to accept Steem payments for advertisements on community color. I currently charge $25 for 100,000. My traffic is primarily from the Mountain West (Az, Co, and Ut)

Posted by y-intercept at 2:41 PM No comments:

A Youtuber using the name "FlackerMan" put up an interesting video about foundational dichotomies in Mormonism.

The video was designed to draw people into the question of whether the "Book of Mormon" is true or false. Here it is:

Mormonism is not the first thought system to use dichotomies to gain power power.

People have used dichotomies to divide and conquering since antiquity.

When one comes across a really intense dichotomy, one needs to step back and look at the effects that the dichotomy has on society at large.

As a non-Mormon living in Utah, I simply see that Mormons have succeeded in creating an extremely mean and divisive society.

Posted by y-intercept at 2:03 PM No comments: